Instant Feature Builder extension by Michael Lehman lets you package documentation, source code and interaction logic to run inside Visual Studio. To see how an end product may look like, you can install one of the several guides that use the Feature Builder engine: MVVM Training, Hands On Lab: Introduction to Windows Workflow Foundation (WF4), WPF Simple Application Walkthrough.

Let’s look at the WF4 Hands On Lab package. First of all, it’s a standard vsix package that is installed as a standard Visual Studio 2010 extension. After the installation you need to create a new project from a Hands On Lab exercise template:

The new project dialog for a Hands On Lab exercise

When the new project is created, you get the packaged documentation, source code and interaction logic: 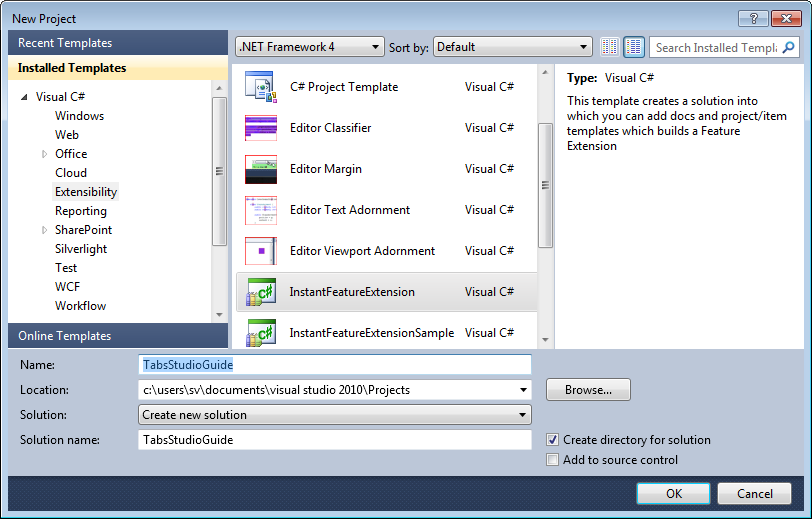 To add a sample project to your guide, open a new Visual Studio instance, create a new C#, Windows, WPF Application project and then export it as a template using the File – Export Template… command. The Template Name parameter is very important as by this name your users will need to locate the template in the New Project dialog to instantiate the guide. Uncheck the Automatically import the template into Visual Studio option:

Once created, drag TabsStudioGuide.zip to the Templates – Projects folder in Solution Explorer of your guide solution: 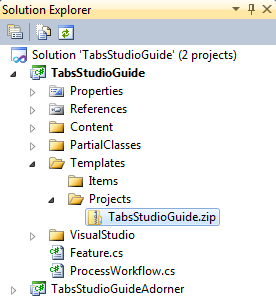 A template project in the guide solution

For documentation you can use the mht file format and edit it with Microsoft Word 2010. You can use images and reach text formatting as usual:

Instant Feature Builder conveniently creates the sample Overview.mht file in the Content – ProcessGuidance folder. This file contains sample hyperlinks to open a file and run a Visual Studio command. For your guide you can copy these hyperlinks and modify text and target in Word to open your files and run your commands. Once documentation files are ready, drag them to the Content – ProcessGuidance folder:

Documentation files in the guide solution

That’s all. Build your solution and publish the resulting TabsStudioGuide\bin\Debug\TabsStudioGuide.vsix on Visual Studio Gallery or on your own site. When another developer installs your extension, he will create a new project from your template and the guide with documentation, source code and helper links will be ready for him to learn:

The new project dialog to open the Tabs Studio Guide 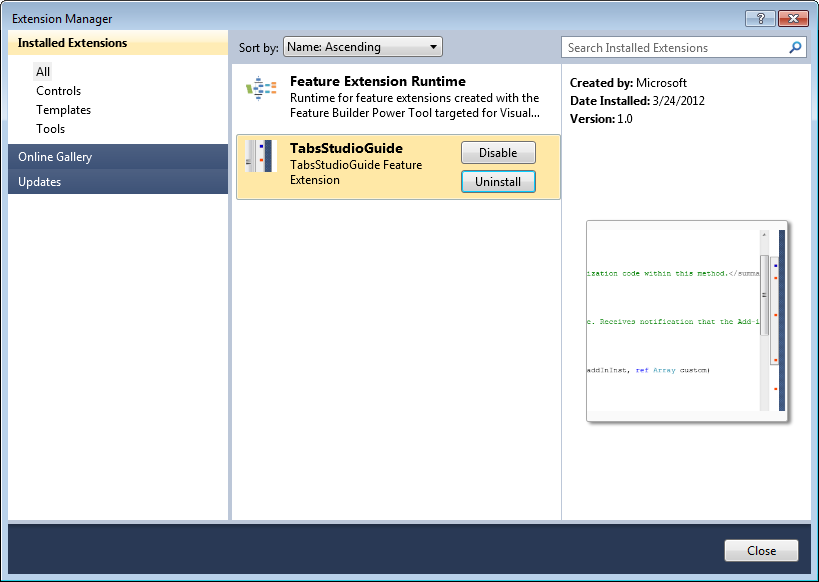 Instant Feature Builder is a free open source extension for Visual Studio 2010. You can download the installer and source code from CodePlex.