A ligature occurs where two or more graphemes or letters are joined as a single glyph. For example, Fira Code font by Nikita Prokopov contains a set of ligatures for common programming multi-character combinations like ++, >= or != : 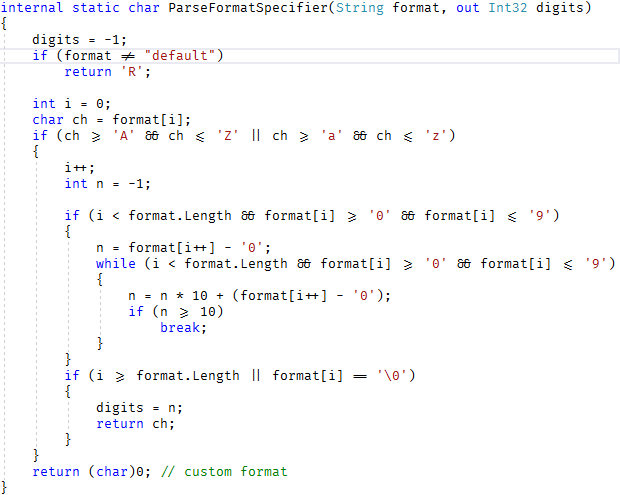 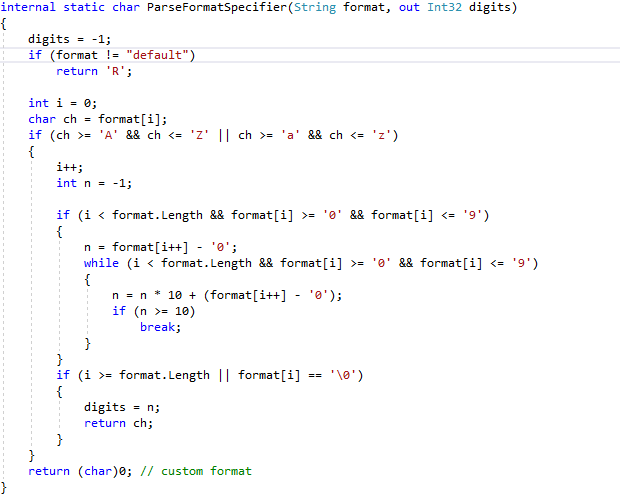 This is just a font rendering feature: underlying code stays the same and remains ASCII-compatible – only the representation changes. Not only can multi-character glyphs be rendered more vividly, other problematic things in monospaced fonts, such as spacing can be corrected. With standard fonts your eye spends a non-zero amount of energy to scan, parse and join multiple characters into a single logical one. Programming ligatures help to read and understand code faster: 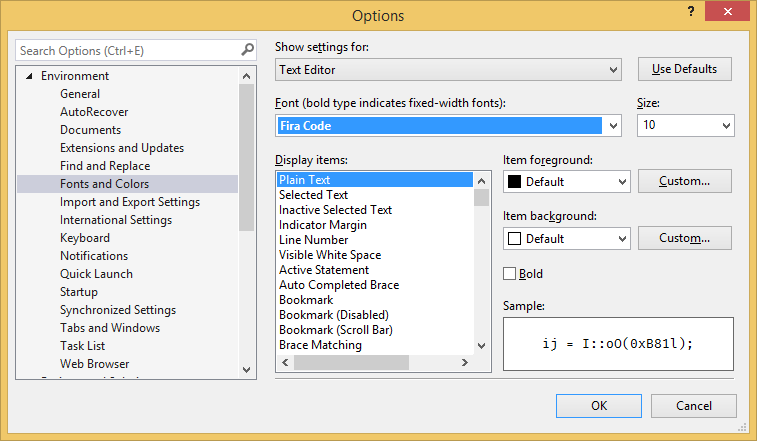 This entry was posted in Visual Studio tips. Bookmark the permalink.